Who is flying upside down in the sky there against the picturesque backdrop of the Cologne Cathedral? It's German freestyle motocross world champion and X Games winner Luc Ackermann, who is launching off on a spectacular ride on land, water and air with never seen before tricks. For this, he creatively uses the urban obstacles of Duisburg's shipping port as a freestyle course and ends with a huge backflip finale over a 25-meter gap between two moving cargo ships on the Rhine.

﻿Reigning freestyle motocross world champion Luc Ackermann pulls out all the stops in FMX art for his new video project. His breathtaking journey starts on the containers of the Rhenus Port Logistics Rhine-Ruhr port in Duisburg. From there, the 23-year-old from Germany steers his 63-horsepower motocross bike over, under and between moving shipping containers and past container canyons, all the way down to a jump from a height of 10 meters into the hold of a cargo ship. 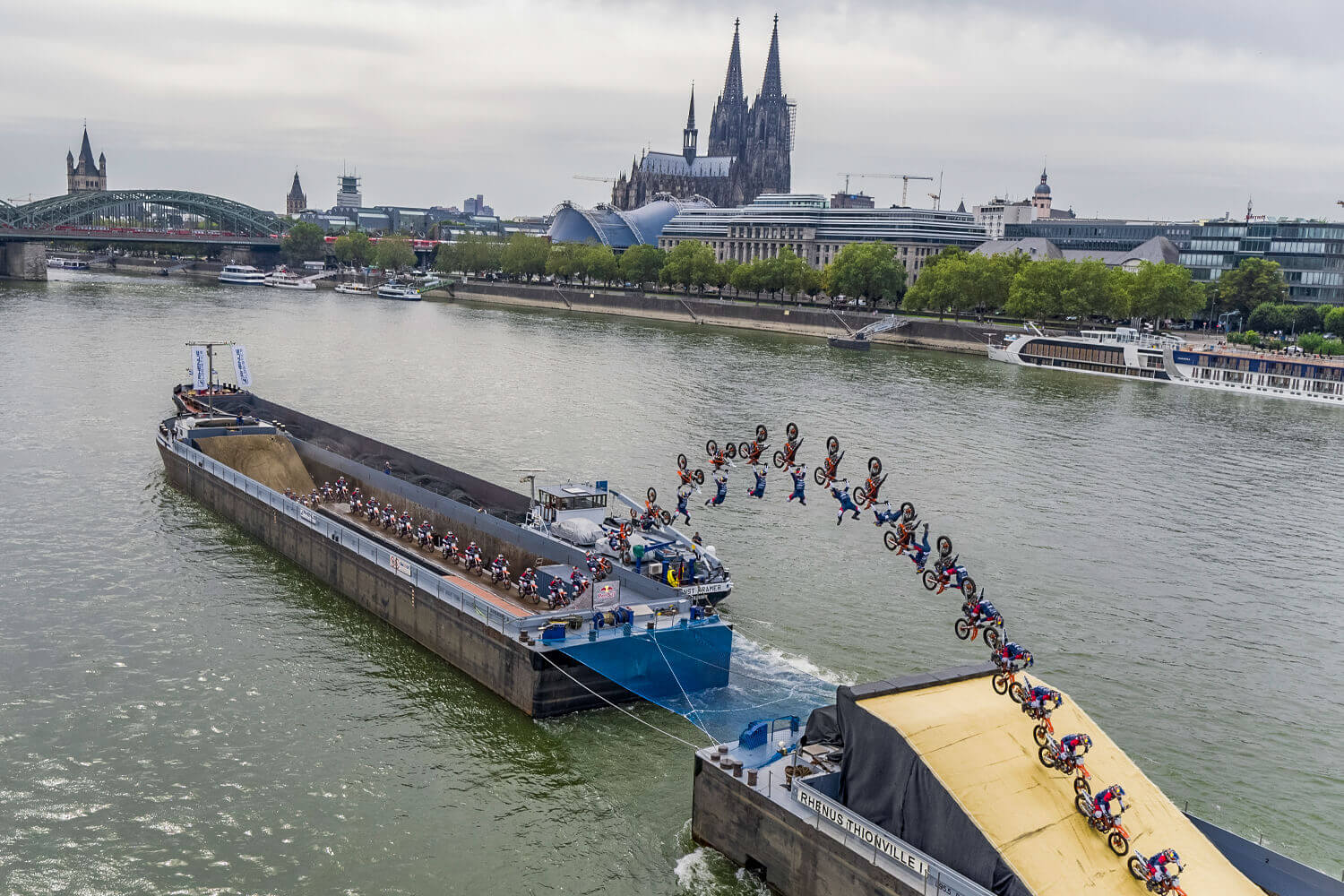 Up the Rhine at full speed, Luc catapults himself from ship to ship with a tsunami backflip for his last big stunt in front of the towers of Cologne Cathedral and rightly goes into a frenzy of joy. 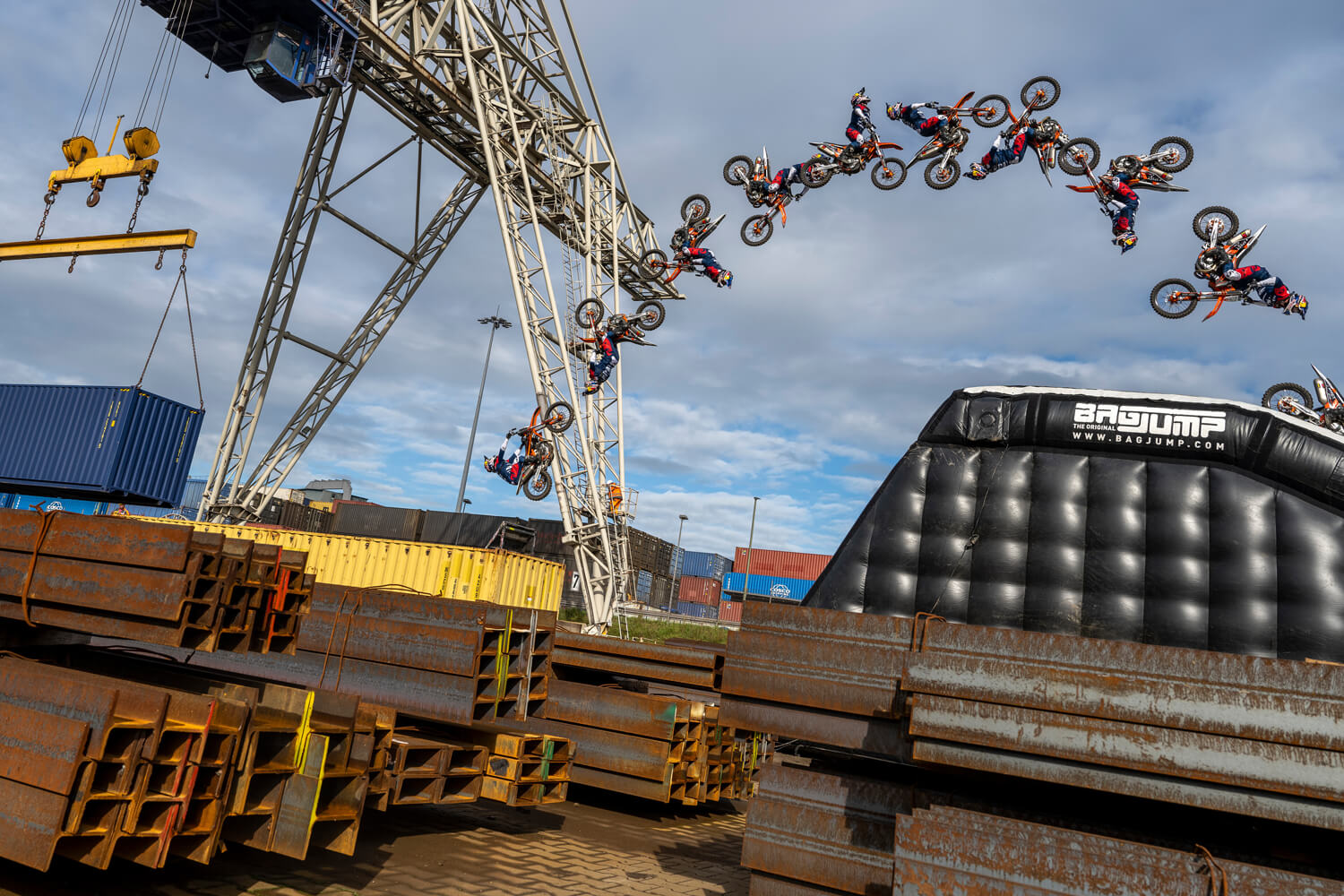 Nine world records, a world championship title and an X Games gold medal: Luc Ackermann loves special challenges and masters them with flying colors. Plagued by competition cancellations, he set his own new goals. True to his motto "Go Big or Go Home," it quickly became clear over the course of the past one and a half years of planning that they were big as usual. 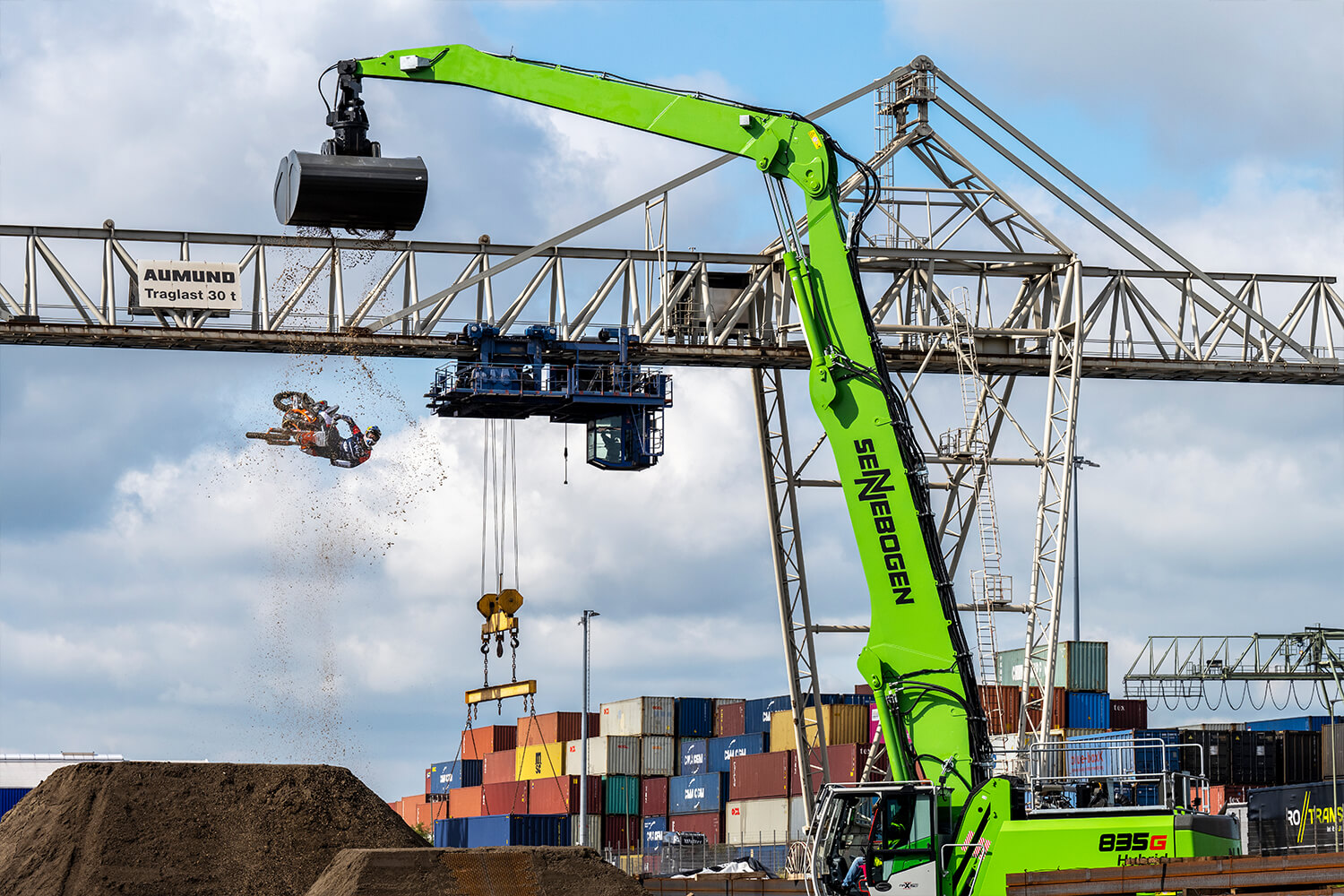 Three "World's Firsts" - tricks that no one before him had ever jumped before - were to be his goals. For the "Backflip Bonk" he jumps halfway backwards onto a container suspended twelve meters above the ground, touches the underside upside down with his rear tire and completes the rotation. The "360° Sand Curtain", a lateral 360°-degree rotation around its own axis, is garnished by falling sand from an excavator shovel and the 25-meter wide "Tsunami Backflip", in which Luc flies above the Rhine while only hanging on his handlebars, complete the trick trio.
CHECK OUT THE BEHIND THE SCENES VIDEO:

To capture Luc's lines on film, he sent in Paul Kuhn, one of the most talented FPV drone pilots, who could also keep up with his airtime and speed. Instead of a lively and light drone with a small action camera, Paul piloted a 4-kilogram drone partly just a few centimeters away from Luc and his FMX bike. 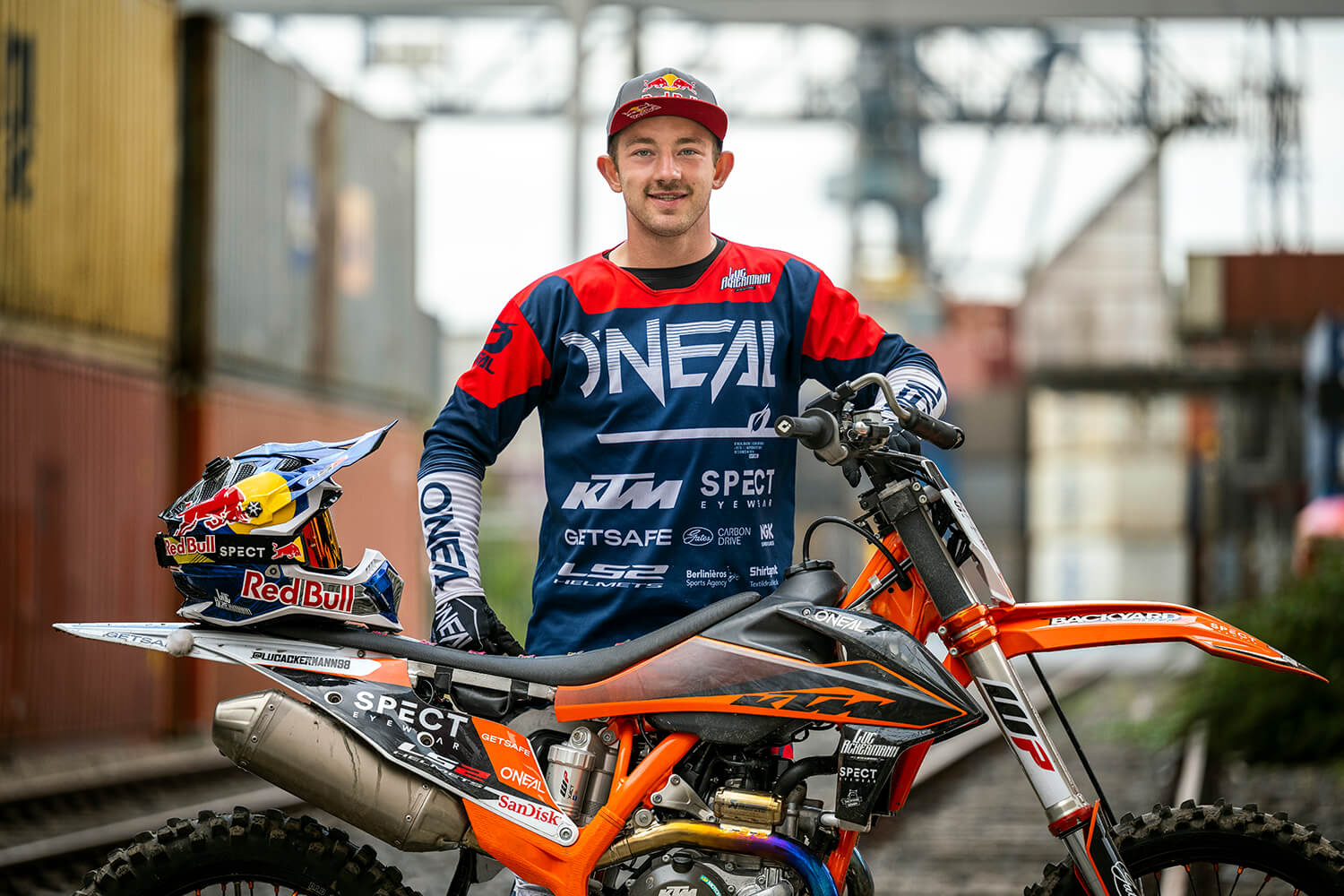 The controlled and fast flying of such a drone can be compared to Luc's sporty world class level. The result is impressive dynamic tracking shots and new perspectives on one of the best in his sport. 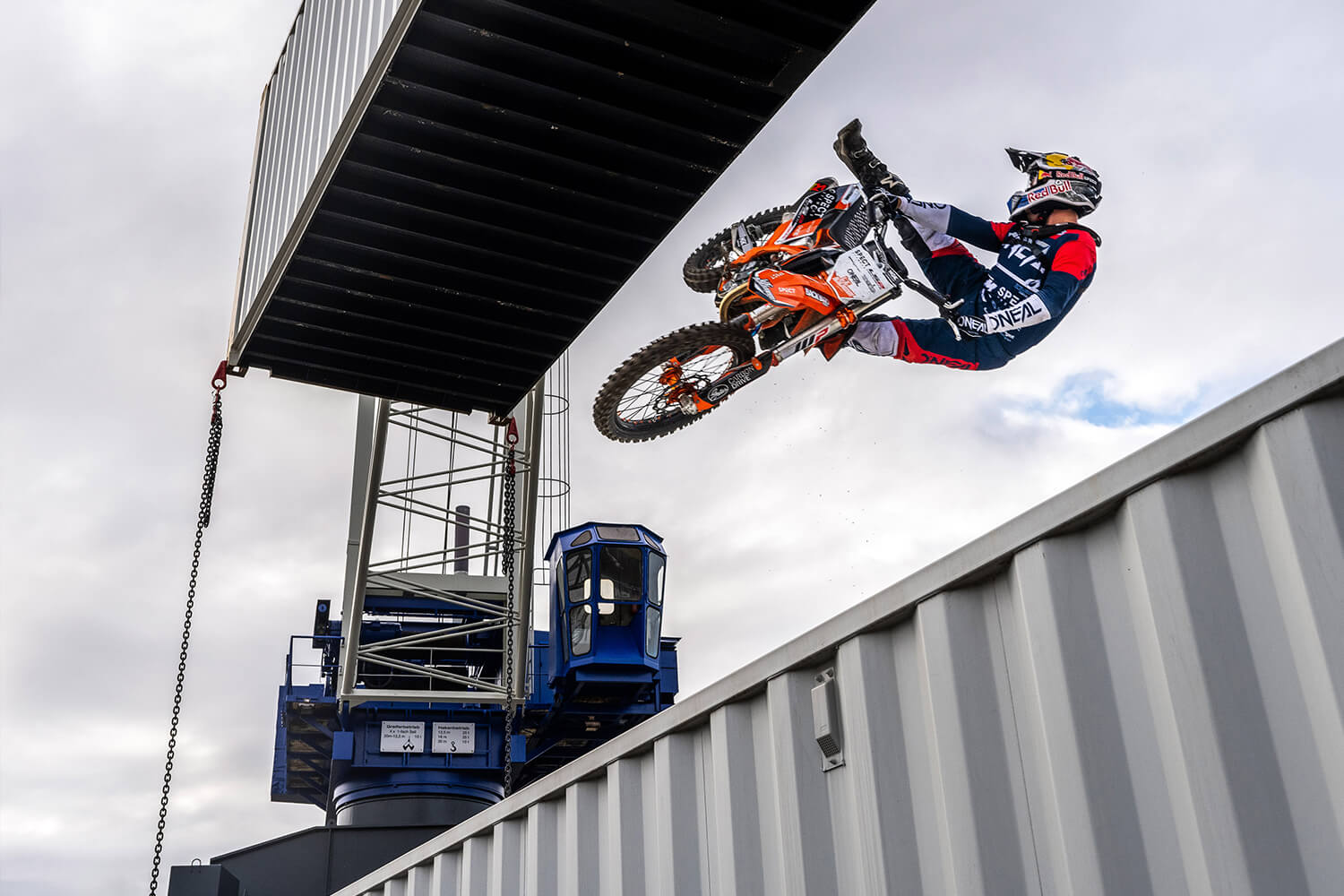 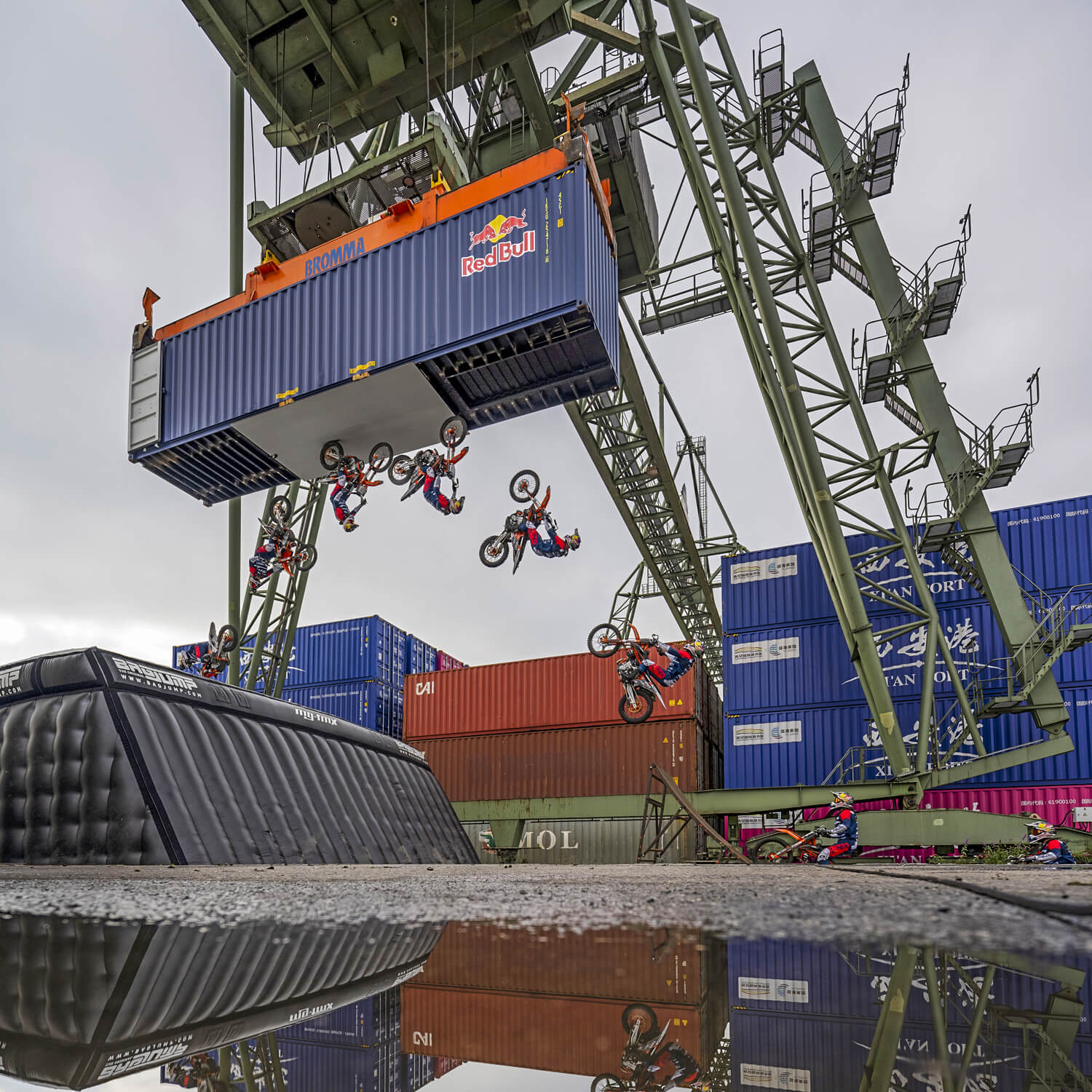