At the final of the German Moto-Cross Championship in class 250, the team stielergruppe.mx Johannes-Bikes Suzuki secured the national title for the first time with Gabriel Chetnicki. And with the runner-up in the Open class by Boris Maillard, the small team from Thuringia completed a successful season.

As the last team, the Weimar-based team has been holding the Suzuki flag high for years, under the direction of Daniel Johannes. Rightly so, as you can see in the season that has just ended. Even if the national championships only consisted of 3 events due to the pandemic situation, thrilling sport was offered. Which also attracted a number of spectators to the tracks in Schweighausen, Jauer and at the finals in Thurm. 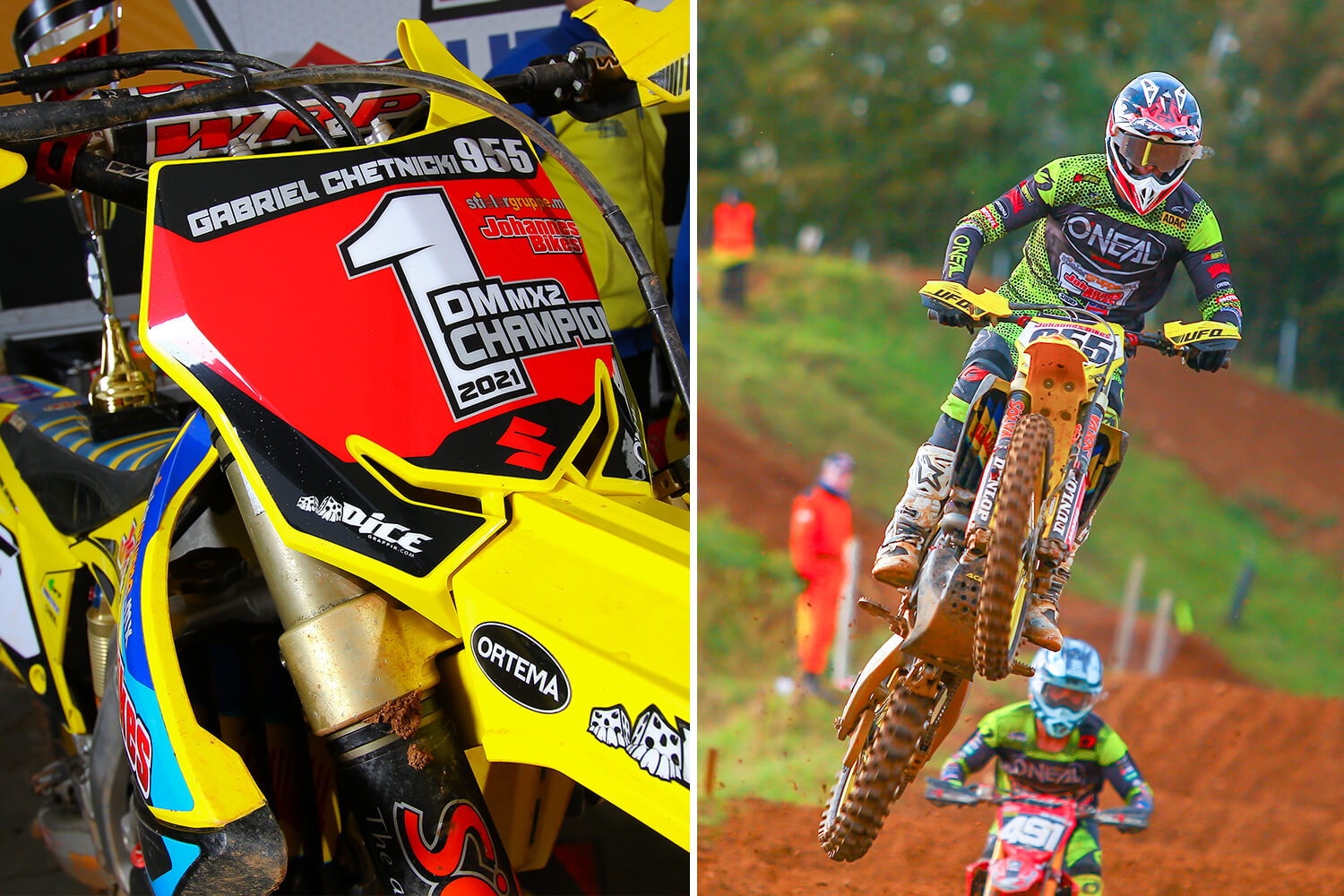 Gabriel Chetnicki from poland, who also competed for the first time in the Nations Cross for his country in 2021, showed a clean performance in the races held together with the Open Class. He won three of the six races in his class on the Suzuki RM-Z 250, and he was always able to climb onto the podium in the remaining races. All the more remarkable when you consider that he is usually only on the 450 during the season. 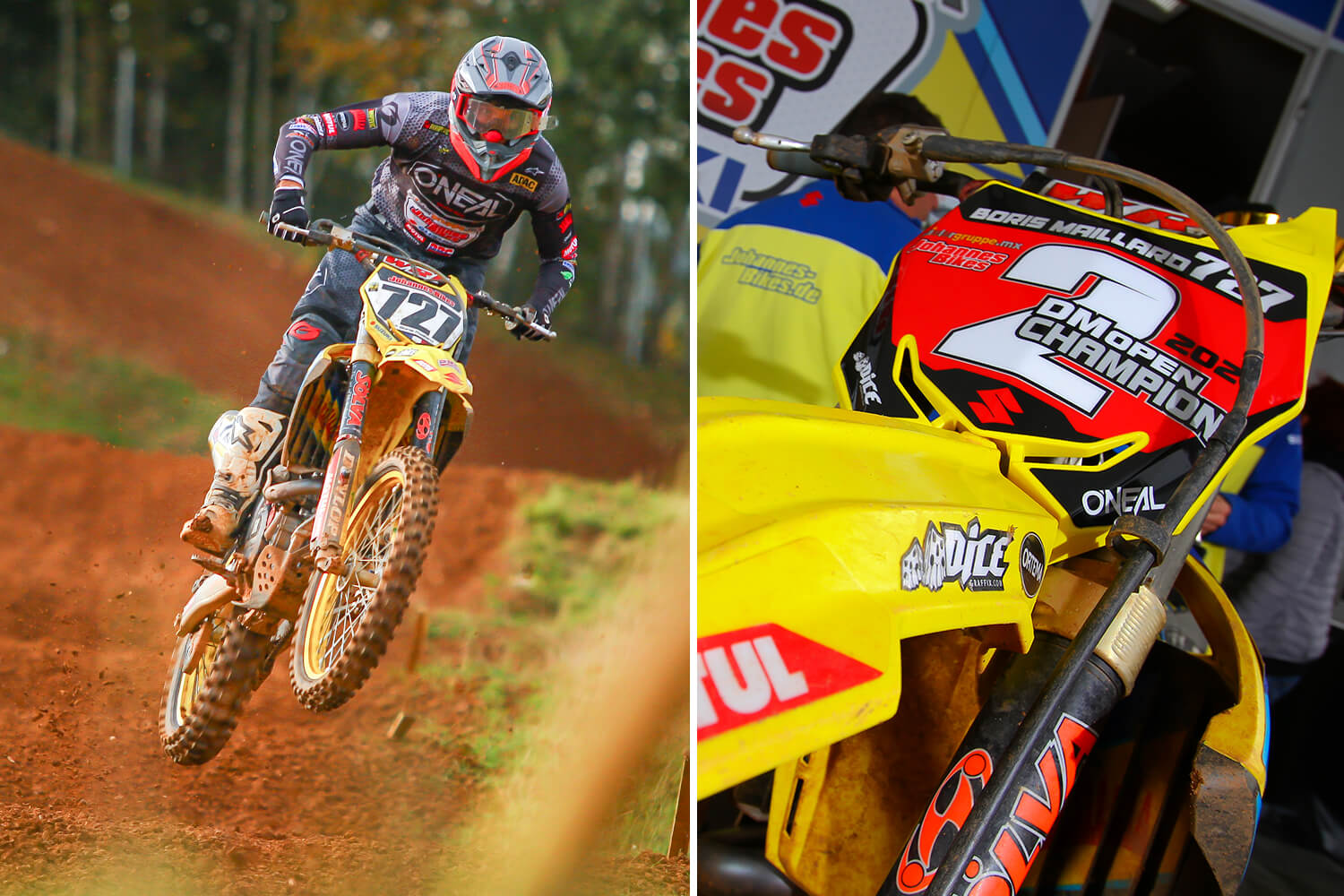 In the big class it was much tighter. The French Boris Maillard, who, like Chetnicki, has been at the start with the team for several years, traveled just four points behind the leader to the finals in Thurm. After the best time in practice on his Suzuki RM-Z 450, he was one of the contenders for victory, but it shouldn't be. When attacking the front, the Supercross specialist slipped briefly and lost a few places. Nevertheless, he was able to defend second place. At the end of the day there was the vice champion title for Maillard, who also showed his best season at the ADAC MX Masters this year.

"We are absolutely happy", explained team boss Daniel Johannes. “We showed what we can do with our small team. We will definitely continue on yellow."